“No platforming” and its impact on Freedom of Speech 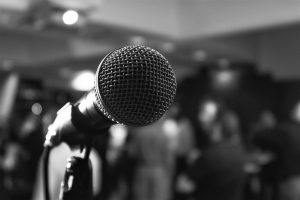 Freedom of speech is fundamental to democratic society and is enshrined in Article 10 of the European Convention on Human Rights (ECHR), which states the following:

“1. Everyone has the right to freedom of expression. This right shall include freedom to hold opinions and to receive and impart information and ideas without interference by public authority and regardless of frontiers. This article shall not prevent States from requiring the licensing of broadcasting, television or cinema enterprises.”

“2. The exercise of these freedoms, since it carries with it duties and responsibilities, may be subject to such formalities, conditions, restrictions or penalties as are prescribed by law and are necessary in a democratic society, in the interests of national security, territorial integrity or public safety, for the prevention of disorder or crime, for the protection of health or morals, for the protection of the reputation or rights of others, for preventing the disclosure of information received in confidence, or for maintaining the authority and impartiality of the judiciary.”

Whilst everyone has the right to free speech within the law, it is not an absolute right and limitations (as shown above in Article 10.2) are in place to ensure it is not used in a way that harms others. An interference with freedom of speech must always be necessary and proportionate and is not justified just because certain opinions make you feel uncomfortable or are unpopular. Australian writer Germaine Greer’s radical feminist views may be disliked by many, but freedom of speech principles allow her to express them freely.

So what recourse is available when “no platforming”, (described by the Cambridge Dictionary as: “the practice of refusing someone an opportunity to make their ideas or beliefs known publicly, because you think these beliefs are dangerous or unacceptable”) takes place?

No platforming began in the mid-1970’s, with the National Union of Students (NUS) banning appearances by fascists and populist far rights groups on British University Campuses. The given reasoning for this ban was that fascists are anti-democratic and thus should not benefit from the democratic right to free speech. To this day, NUS still uses no platforming to prevent groups with racist or fascist views from speaking at NUS events, although their policy is narrow and only 6 organisations (such as the Muslim Public Affairs Committee and the English Defence League) are on the list. The explanation for banning members of these groups from making speeches in public is that they would have a harming effect on listeners. No platforming has moved away from just affecting extremist political groups, however, and has expanded to having an impact on individuals who voice their controversial views on and off university campuses. For example, Feminist writer Julie Bindel was banned from speaking at Manchester University, due to her views on transgender people and UK academic Piers Robinson was no platformed by Labour party members from the Lewisham Council Sydenham Centre. The reason given for denying Robinson a platform was that his controversial views on the ongoing conflict in Syria and events of 9/11 were irreconcilable with Labour’s views on these matters.

It is clear to see that this reasoning conflicts with the right to freedom of speech. So where should the line be drawn? Outside of legally defined hate speech, how can controversial opinions be reasonably protected? No platforming inevitably impacts on free speech, so, inevitably a balance has to be struck.

The idea of no platforming is to deny controversial speakers the chance to speak at a particular venue or institution. It does not deny them the chance to speak altogether and speakers can always take their words somewhere else. The internet provides a free platform for anyone at any time. After all, it is not a human right to have a platform, it is a privilege.

Whilst universities and political parties alike must comply with freedom of speech provisions contained in Article 10 (as outlined above), it does not give anyone a positive right to a platform. It provides a defensive right to prevent the government from interfering with free speech.

The duty to uphold freedom of expression in a strictly legal sense falls on public authorities. Universities and political parties are private institutions and as such no platforming is not covered by the ECHR. Article 10 seeks to protect public bodies from interfering with people’s freedom of speech, but it does not give protection to those who have been no platformed by private bodies.

In the university context, Article 43 of the Education Act states the following: “Every individual and body of persons concerned in the government of any establishment to which this section applies shall take such steps as are reasonably practicable to ensure that freedom of speech within the law is secured for members, students and employees of the establishment and for visiting speakers.”

Whilst Article 43 states that freedom of speech must be secured for visiting speakers, this does not mean that these speakers have to be invited and have to be given a platform. All it effectively means is that they can speak freely once they have been invited.

No platforming has a significant impact on freedom of speech, as it limits the public’s exposure to challenging and provocative opinions. Banning controversial speakers from having a platform to raise their voices effectively means that we do not want to hear opinions that are different from our own. As Peter Tatchell says: “If you simply ban someone, the ideas do not go away, and their supporters are not disabused of those ideas. However, if you challenge them in open debate, and give the evidence and counterarguments that will discredit them, you can lower their public estimation and standing. You may also persuade some of their followers that they were wrong to adhere to those ideas. That is the most likely way in which to change opinion and to defeat such bigoted views.”[1] 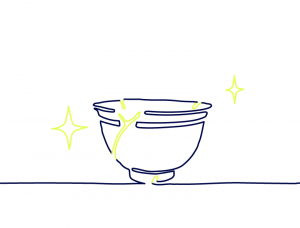