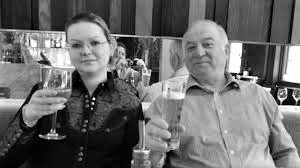 The momentous decision in the judicial review case brought by Russian broadcaster RT against Ofcom has not been given the attention it deserves. Hardly surprising in some ways because it was published on 27 March, five days into the UK’s coronavirus lockdown. The case dates back to the poisoning of Sergey and Yulia Skripal (pictured) in Salisbury in March 2018 and RT’s coverage of that event. SMB Consultant and former Ofcom executive Trevor Barnes explains why the judgement is important.

It is a landmark decision because the review was the first time the courts have considered Ofcom’s application of its powers to regulate due impartiality and impose a fine for breach of the due impartiality (or indeed other Broadcasting Code) rules. I recommend all lawyers and compliance staff interested in due impartiality and freedom of expression to at least skim read the judgment.

After a lengthy investigation, at the end of 2018 Ofcom found that seven of RT’s programmes breached the due impartiality rules. Most concerned RT’s coverage of the Skripal poisoning (because the broadcaster did not in Ofcom’s view represent adequately the UK Government view that Russia was responsible), a couple dealt with Western involvement in the conflict in Syria, and one criticised the government of Ukraine. Ofcom then imposed an enormous £200,000 fine on RT, arguing that the breaches were serious and repeated because they all occurred during a period of weeks and the majority concerned ‘major matters’ (ie issues which required a higher level of due impartiality – see Broadcasting Code Rules 5.11 and 5.12).

In summary RT challenged Ofcom’s seven breach decisions because the regulator did not take account at all of the ‘dominant media narrative’ (eg in the case of the Skripals’ poisoning, the widespread view inferred from the evidence and widely broadcast on most Western media outlets that Russia WAS responsible), and sufficiently of other programmes on RT. In particular, where a programme is about a ‘major’ issue of controversy the Code requires any broadcast providing the alternative viewpoint to be ‘clearly linked AND [emphasis added] timely’ (Rule 5.12). In reaching its decisions, Ofcom took no regard of other RT broadcasts which were not clearly linked to the ones which contravened the Code and shown close enough to them. RT said Ofcom’s approach was unlawful.

On the sanction, RT argued it was disproportionate for a number of reasons but principally because it was five times higher than any previous fine imposed on an Ofcom licensee for breaching the due impartiality rules.

The Divisional Court hearing the review was high-powered: a tribunal consisting of the President of the Queen’s Bench Division (Dame Victoria Sharp) and Lord Justice Dingemans – not just a single High Court judge as is normal. It took an unusually long five months for the decision to be handed down. Clearly the court wished to demonstrate that it took the case seriously.

The judgment was an all out win for Ofcom. It demonstrated yet again how difficult it is to succeed in a judicial challenge against the decision of a specialist regulator unless it has failed to comply with its own procedures or due process.

The important practical point for media lawyers and compliance advisers to note is that the court supported the way Ofcom have been applying the due impartiality rules in recent years ie taking account of ‘context’, but not to the extent of having regard to programmes broadcast on other channels, or programmes on the same channel arguably providing the alternative viewpoint but which are not editorially or clearly linked and sufficiently ‘timely’.

It is easy to appreciate why the court reached its decision about the breaches. Not least it would be impractical when investigating a due impartiality case for Ofcom to collect evidence and take account of the ‘dominant media narrative’.

The judgment on the sanction however is more troubling. There are good arguments that the fine of £200,000 was disproportionate. Ofcom did record seven Code breaches over a short period. But these were not contraventions involving say hate speech or causing financial or medical harm to viewers. They concerned due impartiality. This was the first proper statutory sanction imposed on the licensee. It was much, much higher than that ever imposed before for due impartiality contraventions.

As Ofcom acknowledged, RT has since improved its compliance considerably (Ofcom has opened no new standards investigations into the channel since these cases). But most importantly, a fine of this magnitude – imposed for a first offence – has a very significant potential chilling effect on the broadcast media in the pivotal area of political speech. Arguably a fine of – for the sake of argument – £100,000 would have been sufficient in these circumstances to deter RT and other licensees.

Clearly considerable discretion must be given to a specialist regulator when imposing a fine. But some may fear the decision of the court on sanction sends a potentially concerning message to Ofcom on standards breaches involving significant freedom of expression issues: it is free to impose pretty much any level of financial penalty it wishes, despite the potentially serious chilling effects, provided it follows its procedures and due process. Some broadcasters and others who have been arguing tough action has been long overdue against RT may be cheering this court decision on sanction from the sidelines now. But they may regret their enthusiasm if Ofcom is encouraged by this court decision to impose a disproportionate fine against them or their favourite channel or controversial programme.

Of course RT may still appeal and win. But for the moment the Divisional Court decision is the law.