“You are not the father” – Damages for paternity deceit struck out 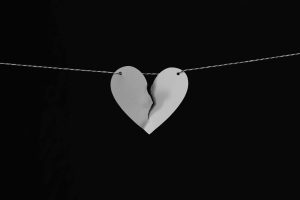 A husband’s claim for damages for paternity fraud against his wife has been struck out on the basis that his claim would amount to “an abuse of the court’s process”.

Amid divorce proceedings, the husband requested a paternity test be carried out in respect of the child of the marriage. Upon discovering he was not the child’s biological father, he sought to sue the wife for paternity fraud and claim damages from the date the child was born.

The husband invited the court to quantify the damages by calculating what the wife’s financial claim would be had the marriage ended on the birth of the child and also asked that the sums he had spent on the wife be awarded to him as “it would be wrong for W[ife] to benefit from them in anyway.”

The tort of paternity deceit had already been applied in cases involving unmarried couples but had not yet been explored by a high-level court in respect of their married counterparts.

Cohen J held that it would be against public policy to “encourage honesty between unmarried couples so as to create an obligation which if breached opens the wrongdoer to an action of deceit yet absolves from such liability a wrongdoing spouse.”

The court held that the tort could be claimed by married couples however only in very limited circumstances as unlike unmarried couples, they had a statutory remedy available to them which made provision for issues of conduct.

The court further noted that it was inappropriate to seek damages in respect of a child as, “it is morally unacceptable to regard a child as a financial liability.”

SMB’s market leading family practice advises on all aspects of relationship breakdown. Our team of experts combine sensitivity and tenacity with an understanding of how to protect our clients’ interests and ensure the best outcome for all those involved in a family break up.

To read more about this case, please click the link.