23rd July 2020
On 30 June 2020, China passed a wide-ranging new security law in Hong Kong causing the UK Government to swiftly react and offer a way out for BN(O) passport holders. The Foreign Secretary, Dominic Raab and Home Secretary, Priti Patel’s press release on 1 July provided further details on what the new immigration route may look like.To provide some background, British Nationals (Overseas) status was created by Article 4(1) of the Hong Kong (British Nationality) Order 1986 which came into effect on 1 July 1987. Holders of BN(O) passports are permanent residents of Hong Kong who were British Dependent Territories citizens until 30 June 1997 and had registered as BN(O)s.

What is the UK proposing?

The new law imposed by China is seen by the UK Government as a breach of the 1985 Sino-British Joint Declaration. In short, when Hong Kong was handed back to China, a number of conditions were included which meant Hong Kong’s high degree of autonomy, rights and freedoms would remain unchanged for 50 years.

The UK Government have therefore proposed a new bespoke immigration route which will grant BN(O) passport holders five years limited leave to remain with the ability to live, study and/or work in the UK.

On 22 July, the Government published their policy statement which confirmed that the new Hong Kong BN(O) visa will launch from January 2021. In addition to holding BN(O) status, applicants and their dependants (spouse, partner and children under 18) must also:

After completing five years limited leave to remain, individuals will be able to apply for Indefinite Leave to Remain and after a further 12 months, apply to naturalise as a British Citizen. Both applications for Indefinite Leave to Remain and Citizenship will be subject to their own specific criteria at the time of making those applications i.e. absences requirements, knowledge of language and life in the UK, criminality etc.

Once an individual and their dependants are successful with obtaining a Hong Kong BN(O) visa, they will have the following entitlements and restrictions during their period of leave:

The Home Office have confirmed that individual will not be required to apply for or hold a valid BN(O) passport – successful applicants will be able to travel on a valid Hong Kong Special Administrative Region Passport. It is advised that individuals provide either a valid or expired BN(O) passport with an application as evidence of BN(O) status as this is likely to speed up the application process.

The UK Government will introduce the new Immigration Rules this Autumn – it will become clearer at this stage what the applicable fees will be for main applicants and dependants under this new category. We will also await clarification on what the definition of a “serious criminal conviction” will mean especially given the impact on individuals who participated in previous protests. 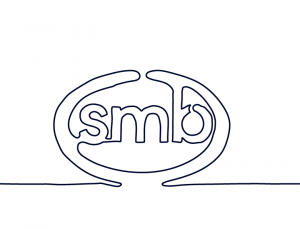 Our Business Immigration team, lead by Sundeep Rathod, are on hand to assist those with BN(O) status or any Hong Kong nationals who do not have BN(O) status but would like advice on other UK immigration routes.